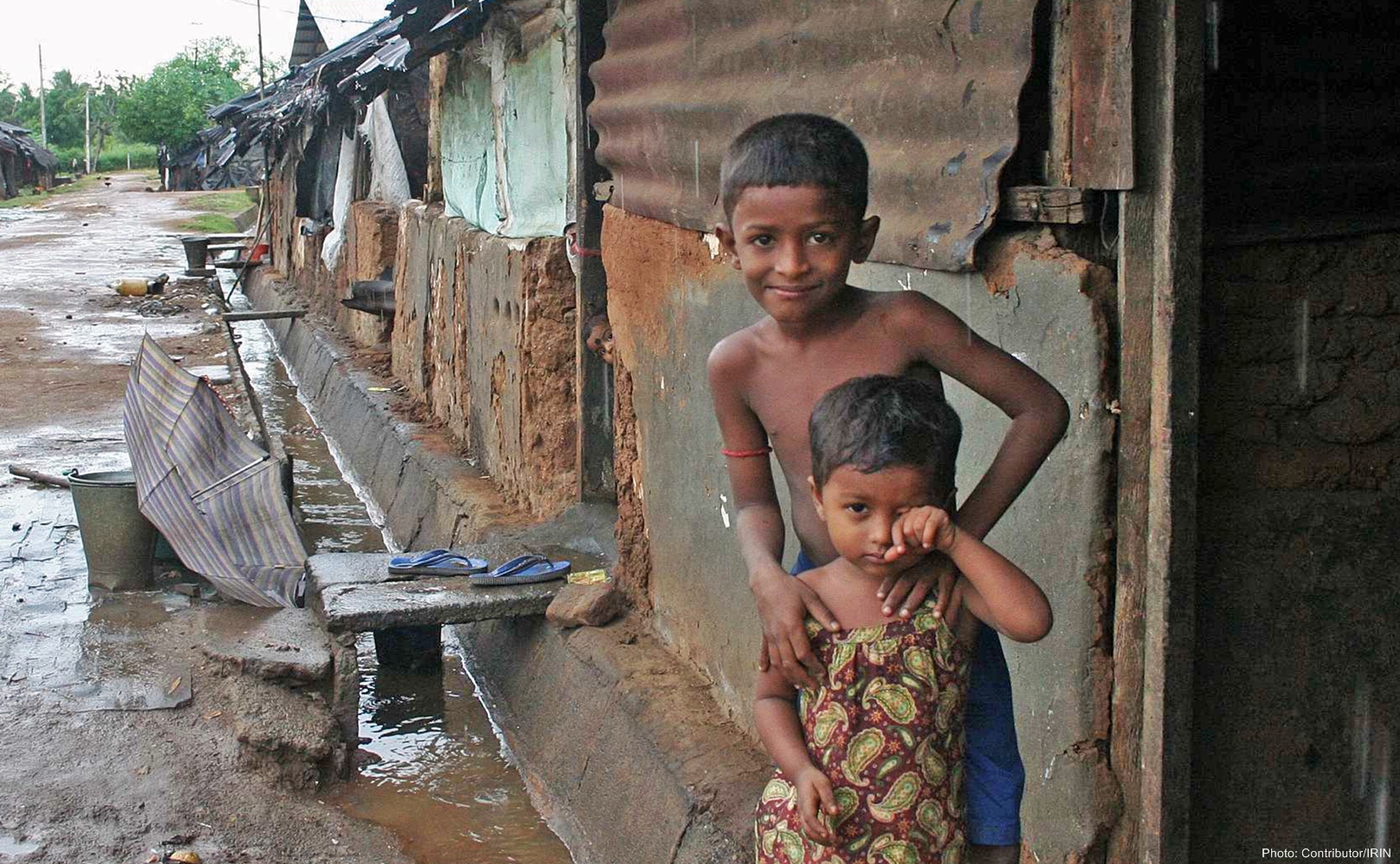 Children of tea workers live in the tea sector

In Sri Lanka, there are 250,000 workers in tea sector, and 60 percent of them are women. They are descendants of indentured servants brought from India by the British over a century ago to pluck the lucrative tea leaves.

Sri Lankan tea is among the highest quality, contributing in some 1.4 billion USD in export earnings in 2012, however the health of the labourers, especially the women, are far from the desired. Health indicators of the women and children living in plantations are consistently lower than the national average. The national malnutrition rate for reproductive-age mothers is 16 percent, rising to 33 percent for female estate workers. And while 16 percent of newborn babies nationwide have low birth weight, on estates that number rises significantly, to one in every three newborns. A higher prevalence of poverty on estates partly accounts for these differences in health, with 61 percent of households on estates falling into the lowest socio-economic group (20 percent of wealth quintile), compared to eight percent and 20 percent respectively for urban and rural households.

Women tea workers have been relatively isolated from broader society. With a very taxing job, they have less time learning about food and nutrition, and caring about their own health, and also the health of their own children. The situation is made worse by the demands of the industry. Since many women are daily wage labourers, earning approximately 687 rupees (just over five dollars) each day, few can afford to take the required maternity leave.

Women on the estates do not believe they have many options in life beyond working on the plantations. Most are extremely poor, and from childhood they are exposed to very little – there are hardly any playgrounds, libraries, gathering places or social activities on the estates. So they tend to get married early and become mothers at a very young age. [IPS]

Look! The wages you failed to pay the workers who mowed your fields are crying out against you. The cries of the harvesters have reached the ears of the Lord Almighty. (James 5: 4)